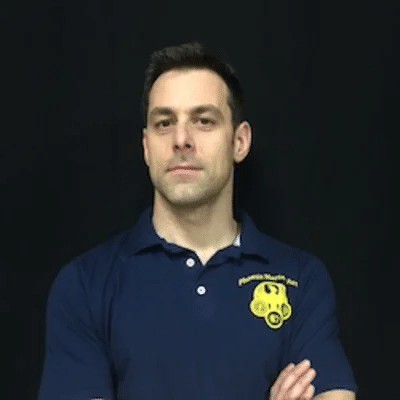 Dustin is a lifelong martial artist having started at the age of 5 under his father, a 2nd degree black belt in Shorin Ryu Karate. He continued training for the next 12 years, eventually earning his black belt in Karate.

After graduating college, Dustin started training in Jeet Kune Do, Filipino Kali and Indonesian Pentjak Silat under Sifu Greg Pichardo and never looked back. In 2006, Dustin relocated to Massachusetts and developed his own following.

Dustin continues to train with Sifu Greg and is the head instructor in our Jeet Kune Do, Kali, and Silat classes.